Use our Overwatch stats tracker to check player wins, KD, and more.

Get better at Overwatch with our helpful tutorials and guides. Learn how to rank higher, become a better player and more. 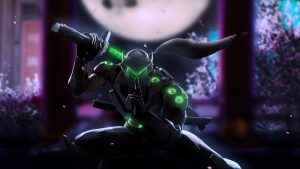 The Ultimate Guide for Overwatch Beginners

How to Get Perfect Aim in Overwatch

Overwatch is one of the renowned oldest and biggest games ever in existence. And it has, according to online statistics, over forty million players across the world. Overwatch is a team based multiplayer game. It is pleasing to say in clear term that the game has got the statistics tracking capability which is referred to as the Overwatch tracker.

The Overwatch statistics tracker is very important if you are looking to track or monitor your kills, wins, season by season performance and how you are faring well compared to other game players. This tracking capability is especially targeted at those game players who desire to see information while they are playing against others in a competitive mode.

Actually, not all game players care so much about tracking statistics. However, we can say for sure that many game players take tracking their statistics into cognizance as it will tell you if you are making progress or improving in your gaming.

So if you are that type of game-player that will want to see how you are doing compared to other players by comparing your wins, kills, healing, damage and some other stuffs, just simply preset your career profile visibility to public. You can do this by navigating to Options and then go to Social. Thereafter come back and select your preferred Overwatch tracker. Let us quickly have a cursory look into five Overwatch statistics tools.

The Overwatch Leaderboard can be a very great toll in deciphering your real gaming statistics. This also like many Overwatch statistical websites displays the sill ratings of players by region. It is always good for a game player to decode things that will improve his or her ranking and rating.

To put it very simple, the more kill you get, the more healing you display and the less time you die. And the higher your rating will be. However, padding statistics are not taking into cognizance.

For instance, in a team fight, players can deliver large tons of damage, but if they cannot kill perfectly, their team may be on the losing side. Consequently, it is difficult for Leaderboard to separate mere damage from quality kills. Hence, the ranking and rating is determined by the wins or losses. The higher the wins, the higher the rating and ranking and of course vice versa.

The Overwatch game has developed to an extent that there is now what is called Overwatch League. The emergence of the league is an indication that the Overwatch game, including the Overwatch Tracker (game stats checker/leaderboard tracker) is widely accepted and that it is both a laudable project and a huge success. This idea is exclusively powered by the esport. This league is just like the normal football league.

The idea of the league is overwhelming as it is being achieved as a result of the huge success of what the Overwatch game and the statistical tracker are offering game players around the world. The viewers of esports are being offered a list of Overwatch team league for maximum fun and enjoyment. All the fun and support that the conventional football league and team are enjoying are expected to be replicated in this case.

At present, the Overwatch league is present in about eleven cities. The league is comprised of just twelve teams. Obviously, it is expected that everyone should join the team that is locally resident where you reside. So if you are lucky enough to be living in any of the cities where the presence of the Overwatch league teams are located, then your decision to join is as good as mine.

If you were previously a member or fan of an indigenous esports franchise that later bought into the Overwatch league just like the Immortals, which later changed to the Los Angeles Valiant, then it becomes so easy as you will just follow suit by joining the Los Angeles Valiant. However, if you are probably looking for something different or dislike a particular brand, you are advised to find a common ground and create your fun out of it. 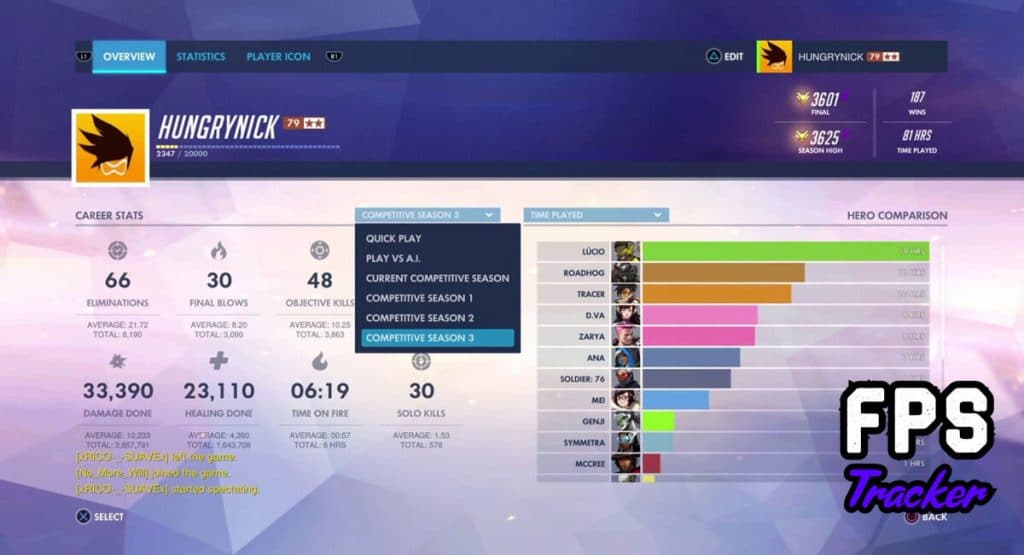 How Does The Overwatch Tracker Work?

It does exactly what the name says. Overwatch Tracker is among the best location or place to get Overwatch statistical game analysis.

The website for the Overwatch statistical tracker is well designed with modern and future characteristics in mind. It is expansive and has the capacity to accommodate a large volume of data relating to a player’s hero. The site gives you the opportunity to sight the general overview of your Overwatch career while going very deep into the heroes’ statistics.

In similitude to the OmnicMeta, Overwatch statistical tracker displays the information relating to a player’s hero in percentile after proper and perfect ranking of the player.

The Overwatch statistics website has witnessed a large number of voting activity bringing it to the attention of game players all over the world. The mechanical design of the website is amazing. Overwatch website is the favourite of all game players, take it or leave it.

Some people have taken the pain to effortlessly and painstakingly break down each of the teams of the Overwatch league. Each team in the league is rated on the basis of players, brand and storyline. The brand is scored on a scale of one to ten by considering colour, social media marketing, logo, marketing strategy and so on.

Players are scored considering synergy, skill, and tournament experience and hero pool. The Storyline is scored by considering what each of the team will bring to the table. As in what each team will contribute to the league. This is not in any way limited to entertainment, quality, dedication, fun and so on. The Storyline is scored on a scale of one to five. Conclusively, the categorization has in no way brought unequal development into the league.

Dallas Fuel is a team in the Pacific Division of the Overwatch League. The name of the Dallas Fuel was formerly EnVyUs. The fan of this team is expected to know nearly all the names of the team members of this team. They have been selected as a result of their raw talents and great team working spirit. Every team is contributing his own quota to achieve a laudable success in the Division and extensively, the League.

The colour and the logo are decent giving the Brand a score of nine on a scale of ten. The Player category has been scored nine on a scale of ten. The players are talented individuals, but their strength is not based on their individual talent, but largely on the synergy as a team. Their Storyline has scored four out of five. The team is the most celebrated and accomplished team in the Overwatch league.

This team is also in the Pacific Division of the Overwatch League. It is one of the newest teams that we have on board the league. The roster is a foreign blend of history and exclusive experience. This team is a team to reckon with in the Division and an amazing team to watch out for in the league. The logo and colour are incredible as the Brand has scored seven on a scale of ten.

The Gladiators are not lacking in this department at all. The Players are exceptionally brilliant and disciplined. And they have been scored seven and a half on a scale of ten in this category. The Gladiators need more time for development in the league. This is very evident in their freshness in the league. Their Storyline has been scored 2 and a half on a scale of five.

This team is in the Pacific Division of the Overwatch League. And the Valiant was formerly referred to as the Immortals. The Valiant has employed the services of some talented players from other teams with a good number of free agents. I think that crossing over to the Overwatch League may have in a way affected their brand. They may still be finding their feet in this department as their Brand has been scored sic over ten.

This team was formerly referred to as the NRG. In the same vein, the team is in the Pacific Division of the Overwatch League. The name and colour of this brand are great, but may need to do more work on the logo. They have done a good job in interacting with their fans in a better coordinated marketing strategy. The Brand goes for seven and a half on a scale of ten.

This team’s players, suffer from team work. We do hope that new signings will correct this malady. The Player category is scored seven out of ten while the Storyline is scored three and a half out of five.

This team has a great colour, wonderful logo and traditional and powerful name. They are actually living up to expectation. The Brand department is nine out of ten. Their Player department are star studded as there is no weak link here. The players have been together for a long time and have accomplished together. The Player category is ten over ten while the Storyline category is four out of five.

Why Choose FPS Tracker to Check your Overwatch Stats?

FPS Tracker is one of the highly rated and recommended websites that you can visit as it is dedicated to assist Overwatch game players in improving their games. FPS Tracker is comprehensive and genuine, making you to keep tab on professional game players.