Use our Battlefield 1 stats tracker to check player wins, KD, and more.

Get better at BF1 with our helpful tutorials and guides. Learn how to rank higher, become a better player and more. 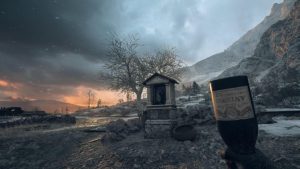 How To Get The Broken Bottle Weapon in Battlefield 1 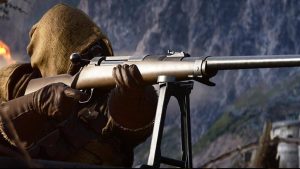 The Best Weapons For Each Battlefield 1 Class

Battlefield 1 is an all-time favorite FPS video game for most gamers. It is a game that is hard to ignore. Developed by EA, it took people by a storm with its excellent design and remarkable visuals. It is widely praised and can be played in both single player and multiplayer modes.

Tracking the stats and leaderboards of other Battlefield 1 players who also happen to play the same game as you is fun. Not only does it give you information of how far other players have come, but it also gets you going and keeps you motivated. It is only human to feed your curiosity with a dose of statistics that tell you the progress of your peers, and trackers make it easy for you to gauge your performance.

You might have observed that when there’s no other person around you who does the same work as you, you become less inclined to strive harder because you have no one to compare yourself with.

In a similar fashion, if you keep on playing without knowing what other players have been able to achieve, the chances are that you will get bored of the game pretty soon and won’t even try to win. However, when you can track your BF 1 stats, it motivates you to aim for a higher score. To make things even clearer, I have explained what trackers are for and what benefit Battlefield 1 trackers bring you.

With the use of our BF 1 tracker, you can get a range of stats. The following are some of the stats which you can access:

These are just a few of them. There are plenty of statistics available as the list is never-ending. Some tracking websites are very efficient and display all such information in the form of graphs and pie charts to give you a detailed overview of the stat you are looking at.

Isn’t it exciting to see where you fall among a pool of gaming enthusiasts who are just as passionate about Battlefield 1 as you? You can also view the profile of various players who buy the game on Steam. It will help you get ahead of other players and make your gameplay fun and exciting. 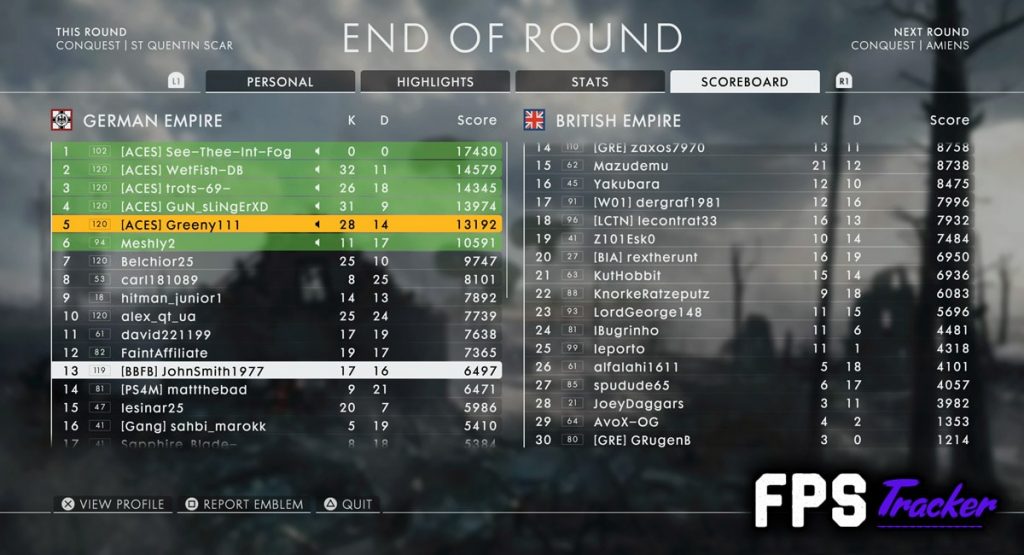 The kills stats for Battlefield 1 are very diverse. It is very easy to access the kills leaderboard. Just like you choose from a number of options to access a leaderboard, you can choose from many options for tracking your kills. You can get the kills per minute stats, kills per game stat, nemesis kills and carrier kills.

Here’s an example of the field kit that I frequently use in Battlefield 1:

Apart from weapons, you will find gadgets such as:

Battlefield 1 is a shooing game as mentioned earlier. Obviously, there is a myriad of cool weapons in the game that will enrich your experience. When I play, the most captivating thing for me is to find a weapon that is better than the one I already have. Catering to the same need, tracking websites offer stats about Battlefield 1 weapons as well.

What Are Battlefield 1 Trackers Used For?

Battlefield trackers are websites like ours that allow you to gauge your performance against that of other players who use the same tracking website. You can view various stats such as the number of matches played, number of kills, number of wins and the damage done.

There is a global ranking of all the players from different countries who are registered on the same website. Hence, you can even see where you stand globally.

What you will see when you register on any tracking platform is a ranking of your score among a pool of players. It will be either an overall BF1 ranking or a more specific one based on scores of players residing in the same region as you or using the same console as you.

All you need to do is to register on a tracking website and fill in the information of the game you are playing, the console you are using and the stats you want to view. Once you submit all that information, the rankings will start rolling out on your screen.

It is pretty simple and straightforward to register on our website. Just find the one that offers the most features and fill out the registration form. You will have to mention your region by specifying the country, state and city you live in. Once you register, you are good to go.

How to Climb Up the BF1 Leaderboard and Maximize Your Score

To unlock your full potential, here’s what you can do to maximize your Battlefield 1 score and become a pro at winning:

The first and most basic step to boost your score is to get better at spotting your enemy right away. Though it’s the most well-known step, most of us miss out on it as we get engrossed in the game. It is easier to spot and kill your enemy if you are using a PS1 console as pressing R1 on it highlights the enemy and even marks their class.

Remove the Bayonet from Your Weapon

If you remove the bayonet from your weapon, you will be able to draw your weapon faster. It is always a relief to take out your weapon quickly in the heat of the moment. This move buys you extra time on the battlefield, especially if you are in the middle of a combat zone.

Some melee weapons can cause maximum damage to a vehicle and move you up the leaderboard. For example, the spiked club is really good at giving damage to lighter vehicles. Apart from that, knives work well for severing barbed wires.

Getting Better at Conquest

Playing aggressively is the key to conquest. Make it your goal to grab flags wherever you see them and get a chance to grab them. Make it a habit to do so. In addition to that, aim for conquering the center of the map. Getting a tank will also make you good at conquest.

The Best Weapons for a Particular Class

Below are some of the weapons which are best for particular classes:

The Hellriegel 1915 Factory works best for a mid-range assault, while the Model 10-A Hunter is great for a shorter-range assault.

Go with Mondragon Storm with no optics if you are a medic.

The Gewehr M95 works well for a scout, especially if you are more inclined toward an attack.

The Lewis Gun Suppressive is best for support.

Our Battlefield 1 Tracker offers a little windows to look at the performance of your fellow players and are a great way of getting the true picture of your own gaming skills. If you are striving to get to the top of a game and become a champion at it, it is best that you register yourself here at FPS Tracker and monitor your stats regularly.

By doing so, you will be motivated to keep playing the game for hours on end. The BF 1 tracker will give you the boost you need to keep pushing yourself for a higher score. Battlefield 1 gives an enjoyable gaming experience and using a tracker only makes it that much more thrilling.