Completely level up weapons quickly and effectively in Warzone using a forgotten perk, getting from level 1 to 70 in just one hour – we’ll explain how.

Many Warzone players are constantly on the lookout for powerful weapon setups and loadouts that will allow them to dominate their opponents in Call of Duty’s in-house Battle Royale, or at least improve their performance. However, many builds require highly leveled weapons in order to really use all the attachments needed for them. A well-known Warzone expert has now shown a method that allows you to quickly bring your weapons to the maximum level.

Who did this leveling method come from? This method for quickly leveling weapons in Warzone comes from JGOD. This is a professional gamer, YouTuber, Twitch streamer, and also one of the most well-known and popular experts around Call of Duty. JGOD is considered extremely competent in the community and almost embodies a kind of guru, who is popular with many for his often very profound analyses and weapon guides. In general it can be said: JGOD knows what he is talking about. What he says always has hand and foot.

What is the method all about? In short, this method allows you to level your weapons in Warzone very quickly. In just one hour, you can even reach the maximum level of 70 (even if you start at level 1) if you play efficiently. So if you have weapons that you really want or need to level up, then this leveling method might be worth a closer look for you.

JGOD’s leveling method in detail: The method revolves around the rarely used and in principle almost forgotten perk “Points Friend”. You can find the perk in the “Extra 2” slot, i.e. with the red perks.

According to the description, “Points Friend” in Warzone actually causes all members of your team to receive more money for completed missions. But apparently, this perk also gives you a lot more XP when you complete contracts. In addition, each team member who also has this perk equipped will increase the XP multiplier even more. So you should do the whole thing together with friends for an optimal result.

The procedure is as follows:

If everything goes reasonably well and you do well as a team, you can get up to 35,000 XP per match (about 11 to 12 minutes) using this method. In 60-90 minutes you would be completely done with a level 1 shooting iron. But if you play really efficiently, you can reach the maximum level 70 with a weapon in less than an hour. But even if you’re unlucky, it doesn’t work for a while or you’re alone with the perk, this method is one of the fastest available – leveling up a weapon completely in about 2 hours is still possible.

Don’t forget to track your Warzone stats to see how you’re ranking on the leaderboard. 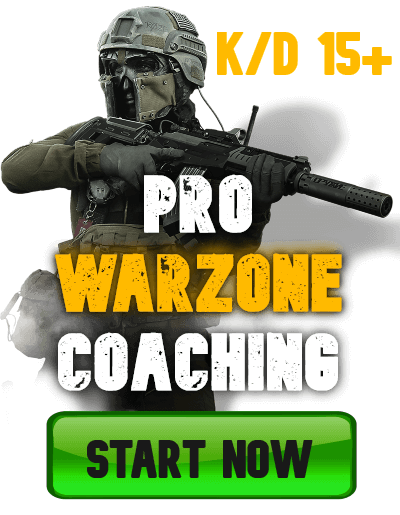