Have you thought more than once that you were aiming like a drunken cowboy in Overwatch? And can’t figure out how other players hit you to the millimeter? Then you should take this guide to improving your aiming skills in Overwatch to heart!

Aiming in Overwatch is one of those things. Often in Play of the Game, you’ll see various heroes handing out headshots like candy from an impossible angle – as if they were on a float at a carnival. You, on the other hand, miss by so many miles that you’d like to bite your keyboard. Learn how to get those perfect shots with our aiming guide.

The basis of the training method is the “Practice Skirmish” mode in Overwatch and the newly released heroine Ana. But how exactly does it work? You can set in the options for the practice skirmish that no hits except headshots are counted. So you can only kill your opponents with headshots. But since Ana can’t deal headshots, you are de facto immortal.

Now just pack six A.I. controlled Anas into the enemy team and go for it. For a reduced difficulty level, you can still set your damage to 200% to kill an enemy directly with each headshot. You can now calmly aim and try to target Ana’s head. This also allows you to play through different situations. Want a few examples?

Zayra or Ana as a training partner?

Some will now wonder why you do not set Zayra as an opponent. After all, the Russian fighter can’t give out headshots. The key lies in the movements of the A.I. Zayra is constantly running towards you, while Ana stays at a distance and in motion. This makes hitting Ana more difficult, but also makes the learning effect a lot greater.

Of course, you can also practice on the different maps to understand them better. If you’ve already improved your aiming ability, you can also reset the damage back to 100%. With this, you can practice headshots in succession, which makes it a lot harder to kill Ana. Since the whole exercise is adaptable to any situation, this gives you a universal tool to significantly improve your skills in Overwatch.

What do you think about the training method for better aiming? Tell us in the comments! You can find the full video below this article. 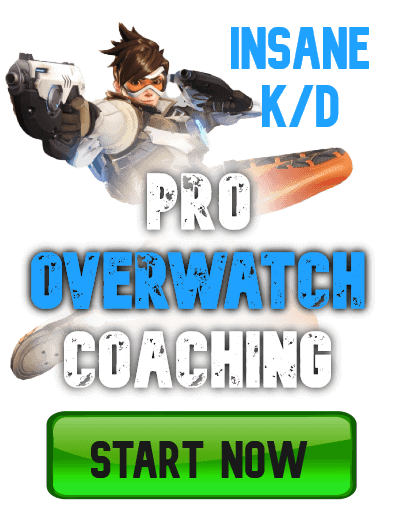