The playable characters in Valorant are called agents, and if you start the shooter from Riot for the first time, only five of these eleven heroes are available. We would like to tell you how you can unlock agents and enjoy the versatility. Don’t forget to track your Valorant stats as you play and become better.

There are 16 different agents in Valorant and each of them differs from the next in their abilities. If gamers want to enjoy all of the playable characters, they will either have to pay money or spend some time playing. Agents can be unlocked through so-called contracts, which are fulfilled by earning a certain amount of experience points. It is recommended to fight 5vs5 battles in the Unrated game mode and to complete daily and weekly quests.

Once a total of 60,000 XP has been accumulated, a new agent can be unlocked. To do this, the player must select the sub-item “Agents” in the main menu, choose one of the characters, and then click on “Activate”.

If a player decides during a contract that he would rather save up for another agent, this is no problem. The progress of each contract is always saved and you can switch back and forth at will.

How to unlock the first two agents

After the start of the game, only five of the eleven agents will be available to you: Phoenix, Jett, Sova, Brimstone and Sage. All other heroes are protected from your selection by a lock. At first glance, it’s also not obvious how you can unlock new agents, so we’d like to explain all the possibilities here.

The first two agents are unlocked at level 5 and level 10. You can see how far your progress is in the main menu by clicking on the left round icon in the upper bar. This XP progress is called “Playing for Free Agents” and gives you two hero unlocks as well as other extras.

To increase experience points here and unlock agents, you simply need to play any matches in Valorant. We recommend that you keep an eye on the daily challenges, because they also count towards your progress. Small tip: If you need to complete matches, you can use the alternative mode “Spike Rush”, because this is decided in a few minutes, unlike the conventional rounds.

The first two unlocks are quickly achieved and add a bit more versatility to your selection of characters. After that, however, you’ll have to accept and complete missions to unlock more heroes. In the main menu, go to “Collections” > “Agents”. Here you will see all the agents along with their abilities. Only after the two unlocks you can accept orders at this point. You will then not only level up your Battle Pass, but also the level of the selected character. At level 5 you can unlock the agent, all other levels provide you with graffiti, weapon talismans or banners in the hero’s style.

If you change your mind in the meantime and want to unlock another hero, you can pause the mission and accept another one. Fortunately, the progress is not lost and you can catch up on it later.

Buy Valorant agents with money instead of effort

Of course, gamers can also save themselves the effort and instead invest real money in Valorant. While the online shooter is free in itself, many different cosmetic items, skins and even the agents themselves can be purchased for a fee. The complete completion of a contract costs 1,000 Valorant Points, which is the equivalent of about ten euros. This method is especially suitable for players who can’t spend enough time on quests and gaming, but still want to try out all the cool agents.

Which agents are worthwhile for beginners?

Before you choose an agent, you can try them out in the training camp. Here you can not only test weapons, but also try out all the abilities and “Ultis” of the heroes. This is hardly comparable to a dicey combat situation, but the skills in this mode are free and bots can be used for test attempts in an emergency.

At the beginning, we can recommend Raze as a very offensive agent without hesitation. Her skills are strong, quickly internalized and designed for kills. Every round you can throw a grenade with her free “E” ability, which splits into more small explosives after the first blast and explodes again. You can use it to lure enemies out of cover or buy time for your team – very effective.

If you still have an unlock left, we can recommend Cypher, who specializes in reconnaissance and support with his skills. While his skills can seem confusing at first, they are learned fairly quickly. Especially his ultimate ability, makes him valuable to any team. You throw your hat at fallen players, revealing the location of any remaining enemies.

Particularly strong, but by no means beginner-friendly, are the agents Viper and Reyna. If you play around carelessly with Viper’s poison, you’ll often hurt your allies. Reyna will probably dominate the Ranked mode, but requires a great understanding of the game and a lot of kills permanently. 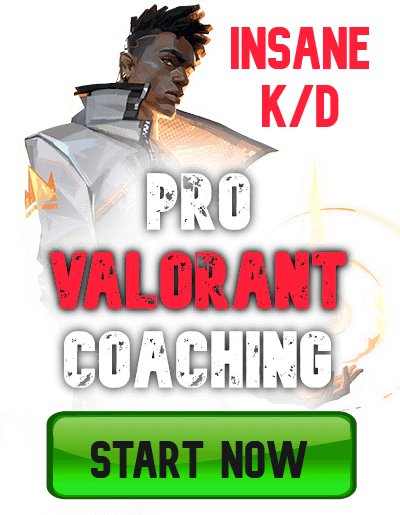